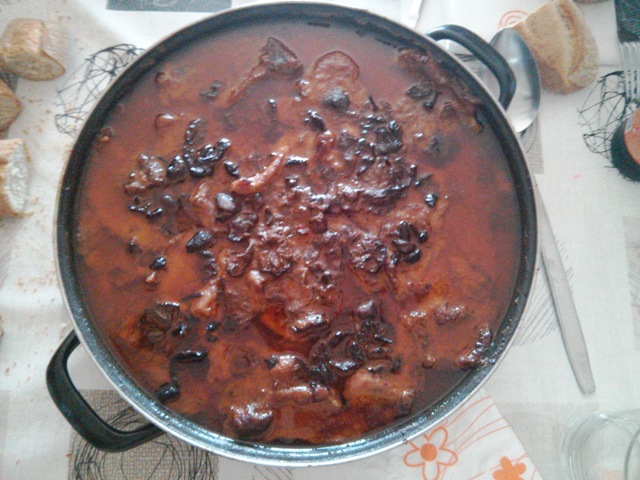 Marinate meat in a tray, a layer of meat, pepper, cinnamon, salt and oil. Go by layering with the same procedure and let stand about 12 hours.

After steeping time, cook it. the meat is removed and placed on absorbent paper to remove some of the accumulated oil. Put oil in a pan, pass the meat in flour and cook, not much since then he just made with juice.

Besides, in a pan put all the mirepoix, leek, carrots, garlic, tomatoes, parsnips and turnips. Saute a bit with a splash of oil, then add water, 1 or 2 liters, and cook about half an hour.

Then I mince the "turmix" and strain it into the container where you think cook meat and can go in the oven. Place the meat to the casserole that has to go in the oven. Cover. Light the oven to 180 degrees, up and down and maintain this temperature for half an hour.

Pour the mushrooms, which had to soak for at least an hour. Lower the oven to 150 degrees and cook slowly until the meat is tender.

NOTE: It is not necessary to add salt, because during maceration you have put salt. 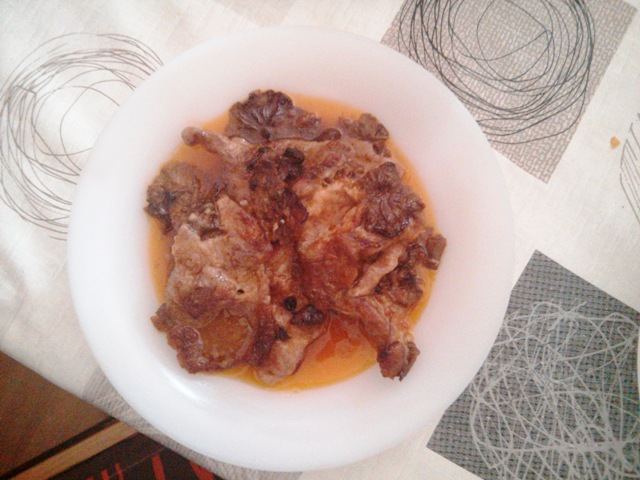