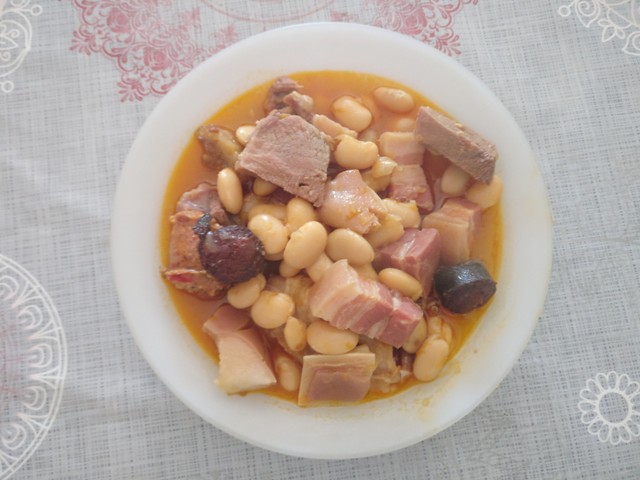 NOTE: The Judiones are white larger beans, which are grown in an area near the Sierra de Guadarrama. I spent 10 days in the province of Segovia, where you can eat the famous "judiones de la Granja", made as a "Fabada". This recipe strictly follows the one that was given to me when I bought the "Judiones".

Put the "Judiones" in soaking for at least 12 hours.

Cook in a casserole with mineral water, approximately 2 and a half hours, along with the ear, the chorizo, the pig's foot, the laurel and the bacon.

During this cooking, we will cut the cooking by adding cold water two or three times.

With the oil and onion we make a sofrito. Add the paprika when the onion is golden brown. Put the sofrito in the casserole together with the "morcilla" and salt to taste.

Let cook 10 minutes and put out the fire.

It is better if it is done from one day to the next.