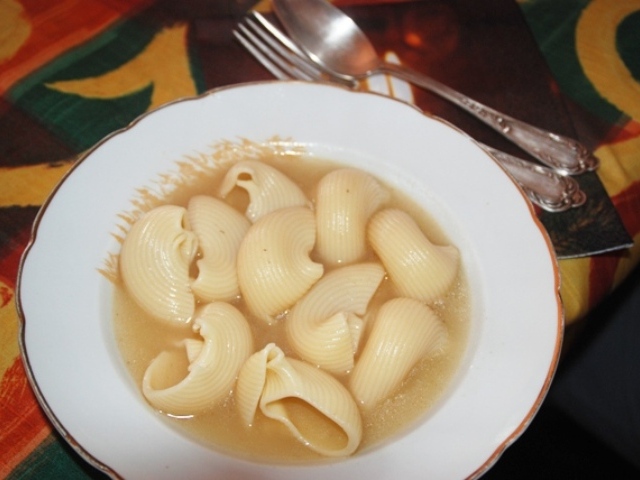 NOTE: I would like, before describing this recipe, to explain how we do it in our house. Our family has this dish as a tradition. I do not remember any Christmas in our house without the "escudella" and "carn d'olla". I will not put for how many people I make the broth since I use a pot where I put more than 15 liters of mineral water. Then I will give an explanation of what I do with the food left over.

We will put the water in the pot, and in the cold we will add the ingredients. You have to be careful to put the ingredients that cost more to cook first. When it begins to boil, it will make a foam that will have to be removed with a slotted spoon.

First we will put the meat, the vegetables and then we will prepare the "pilota". Once the "pilota" is made, we will add it to the pot with care and trying to cover the broth.

Now it's a matter of putting it to boil in a moderate way and keep watching that the ingredients are always covered with water. During the boiling, as the amount of ingredients is large, you can separate broth (which we will add again at the end of cooking) and adding water moderately, without watering. It should boil at least 2 or 3 hours.

The most compromised and delicate situation is the separation of the meat from the broth, because the ingredients can break because they have boiled quite a while. That's why I recommend that the easiest ingredients to cook are the last to incorporate into the pot. 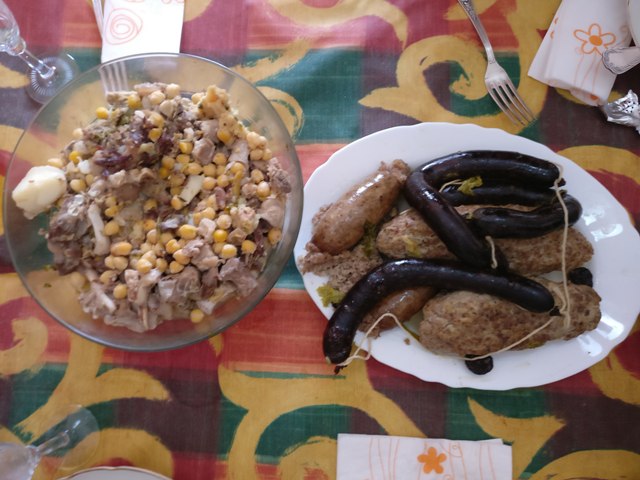 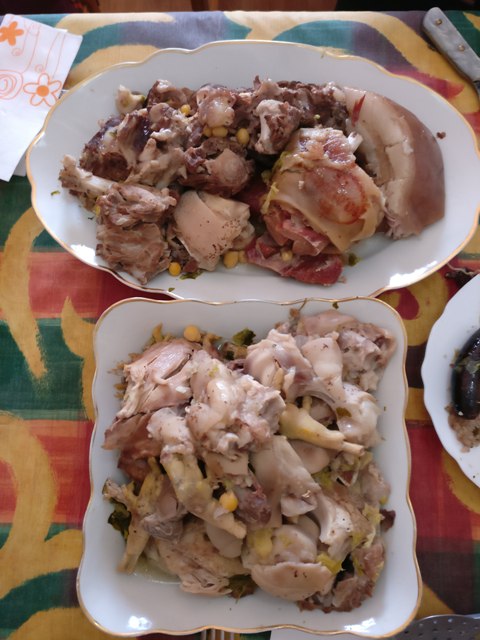 Once the ingredients ("Carn d'Olla") of the broth are separated, we have the broth ready. You just have to put the pasta. We have the habit of putting quite large pasta. You know, throw the pasta when the broth boils and Bon appetit!

NOTE: As always left over from broth, we let it cool down and store it in cans and it lasts for a few days, or months if we freeze it.

To make the "pilota" we will follow the following steps:

We take all the ground meat, add the chopped garlic, the parsley, the pepper, the salt and we mix it well. Then we will add the eggs, white and yolk. We mix it well and if we see that the meat is not very thick, we add bread crumbs to give it consistency. Put on a flat plate wheat flour and we will roll the ball until it is well floured and consistent. The "pilota" is nothing more than a huge and oval meatball. 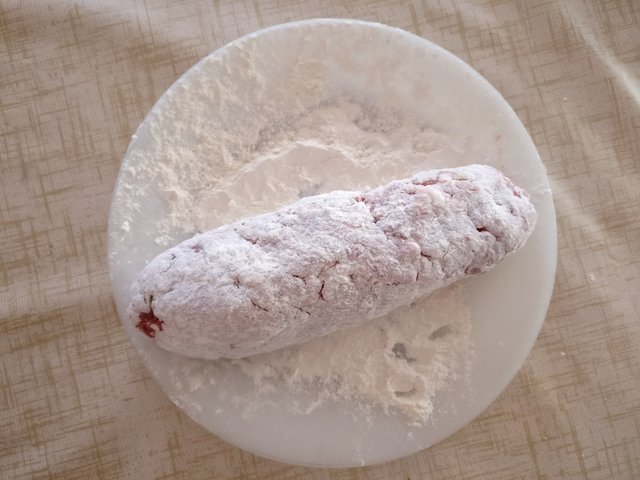 From "Carn d'Olla" in our house we ate for dinner, and the next day in the morning for breakfast. However, as there is plenty of food and as such a rich mana can not be thrown away, we make croquettes and cannelloni, trying to choose the food well separating the bones and crushing everything.

CROQUETTES. Add a bit of pate, onion sofrito, mix well and put grated bread flour to thicken. Croquette shape, pass through flour, egg and grated bread and reserve in the refrigerator at least 24 hours. They are fried, without letting thaw that they do not break, with enough oil. They are very good.

CANNELLONI. With the same pasta and preparation, fill the cannelloni. We also kept frozen.

To make the "Pilota"