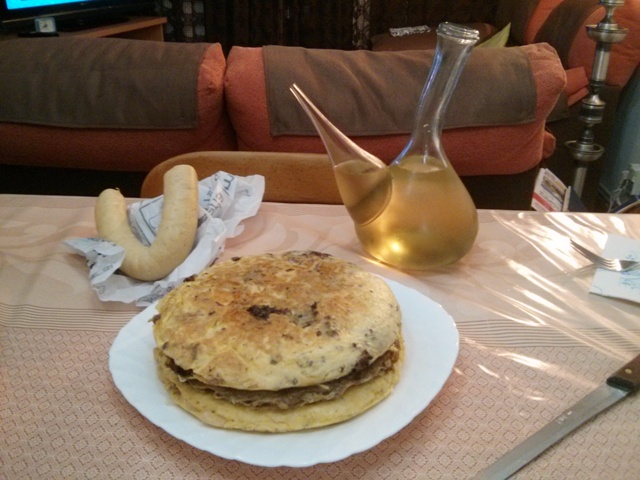 NOTE: You can make more omelets, but if these three are done well, I think it is enough.

Cut the black sausage into pieces of 1 cm and the bacon in a little dices.

Heat a little, the beans with the bacon and the black sausage. In a separate pan, (it is recommended, because if you want to do it in the same pan, sure that they will stick to the pan and you will have problems to turn it), with the oil well warm, we will add the eggs together with the filling. You will turn the omelet when necessary. Once cooked, put it on the plate in which the pie will be served.

Proceed to remove all the old leaves from the artichokes. Cut what is left of the artichoke into sheets and fry it. Then proceed to follow the steps similar to those of the first omelet. Once cooked put it on top of the first.

Make the spinach to Catalan, that is, mixing raisins and pine nuts. Once the dish is made, proceed to make the omelet following the steps above. Put the omelet on the other two.

Sometimes I've put mayonnaise and grated cheese on top and gratin them a bit. It's a good addition. 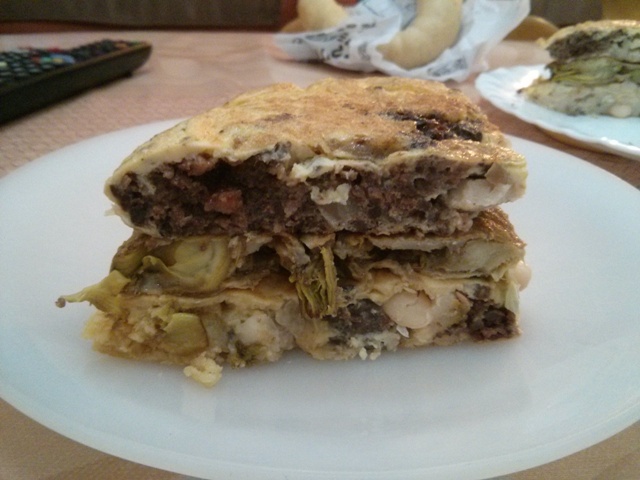